South Georgia in the South Atlantic

South Georgia was found first by a hopelessly lost British merchant ship in 1675...it was not heard of again until that intrepid explorer of renowned fame Captain James Cook RN made his mark there by sticking in the British flag claiming it for the British Crown...he did this in 1775 so a good 100 years had passed by since it was first seen.

It has a bit of a history attached to it as well...on the third of April 1982 an epic battle was fought there a mere nine Royal Marine Commandos against an elite Argentine Commando force....these Argentines of whom there were quite a few compared to the RM naval party, finally lost and the Union Jack was once more flying....a much different tale was emerging from the Falkland Islands...a political battle really to help shore up the Argentine junta who were highly unpopular.

It was in the main used for whaling and sealing...there is a lot of conjecture that Amerigo Vespucci might have sighted South Georgia during one of his much publicised voyages. While sailing in the South Atlantic to 52° south latitude (Vespucci's own estimate), in April 1502 they allegedly encountered a high, gloomy and rough land where human life was rendered impossible by severe cold ― this description sounds like South Georgia.

Early on in the nineteenth century there was severe exploitation with seals one chap took more than 57,000 seal skins just on one trip alone...there were more expeditions so fur seals soon declined.

Next to be hit were the elephant seals, these were killed off for their oil...these soon vanished thank goodness we still have these animals which are a vital part of our environment.

You may enjoy these images. 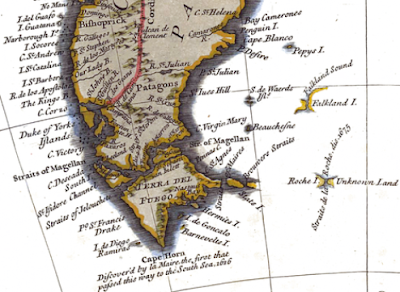 It is roughly where it says unknown land...the next one is of Leith harbour 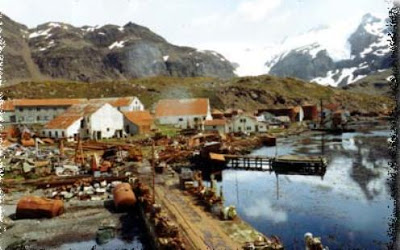 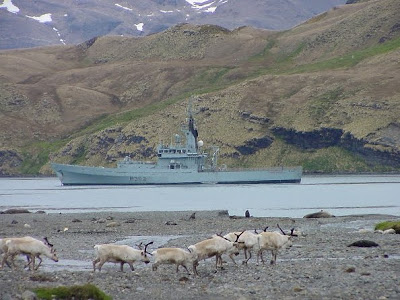 The Reindeer were brought in from Norway to improve the men's diet with fresh meat...this should have never been allowed...the next two images are of a British ship the HMS Leeds Castle...in one you can clearly see the Reindeer...thankfully only Reindeer and not polar bears which would have thrown everything out of whack. 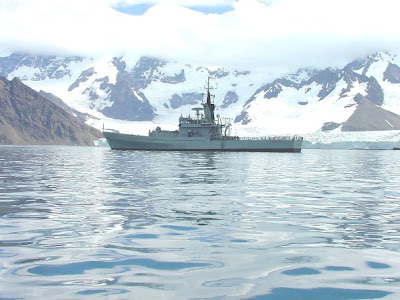 Just to make this a little more interesting here is a video on it entitled Postcard from the South Atlantic...enjoy...I got a few facts from this excellent site Here