DIARY OF A SEPTUAGENARIAN

You may all find this of interest I know I do a friend from here in Australia sends it to me.

I guess it is similar to a blog in a way and there are usually many interesting things on here.

So I figured I would blog it

Especially since this is the 500th edition

Be warned he likes his grog I noticed

Labels: Diary of a SEPTUAGENARIAN

Blogging as a diary and other such muck

I did read on a blog recently that blogging is not considered the ideal place to write as though it was a diary but blogging in my view can be about anything under the sun really.

The strange thing is a blogger I know encouraged me at one time to write about certain events which I did even stranger is that this blogger also does the same things; weird huh!!

I also read they do not consider the insertion of embedment’s of videos on a blog as it slows things down for the reader; maybe it does but it is my business what I blog about.

One wonders do they know how to do that!!

I have videos I could put on a blog but I will not as I was asked not to but I admit to thinking about it.

Some great images are on it of the Pacific North West in the USA oh well maybe I will and maybe I will not who knows.

As long as the mild sledging I am reading at the moment keeps on keeping on I shall think seriously of blogging it.

Labels: blogging as a diary etc

Above the lower forty-eighth

Alaska is AKA the forty-ninth state a state that is the largest American state in the union of the USA.

Alaskans call their state that or did according to a fascinating book I have just read finished it too about the IDITAROD Sled race a very gruelling race and not for the faint hearted.

In atrocious conditions women enter this race by the way, it has also been won by a woman I read somewhere on one of these links, who said women were the weaker sex Hmm; one of us blokes I guess.

It has been said that it the US senate tried to ban it but I notice it is all actions go for 2008 the 2007 has been run already.

This video clip courtesy of You Tube says it all.

There is also a video on this link, which is of great interest well to me at least as well as this one on the tube.

It gives heaps of photos and stats on the race on here also so very interesting indeed a definite must for a blog in my opinion.

Alaskans remind me very much like our own pioneers in Australia so I quite enjoyed doing this blog on it. 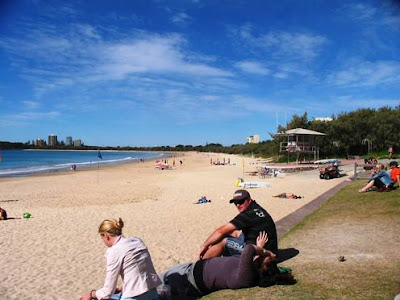 A coastal town on the sunshine coast renowned for surfing, fishing etc; a resort area about 100 kilometres (I don’t do Fahrenheit go and Google it) a friend I write to in the USA said she does not do Celsius so here's my reply. (just teasing you Carol.)

North of the state capital of Queensland Brisbane Australia, I go there at times instead of Maroochydore also a resort township, only a few kilometres separate the two towns.

I myself on first moving up to Queensland (Qld) from New South Wales (NSW) lived in Maroochydore but I now live about a fifteen-minute drive away inland.

I often go to both places and of the two; I think Mooloolaba looks more like a Mediterranean town or resort it has alfresco types of bistros and cafes.

It has a beaut Surf Club also there are night clubs there well I admit to spotting one at least not being a night club person.

Underwater world is also there a place where the fishing trawlers come in so I get fresh seafood from them.

All in all a great little place and I am off again there tomorrow so I do hope the welcome rain has stopped for an hour or so.

Above is a video of the place courtesy of YouTube.

Falls off the Rocker 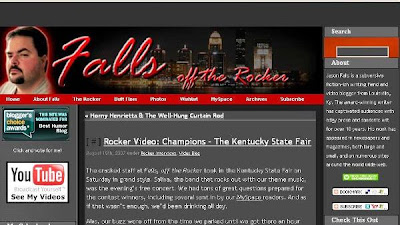 I could find no other way to link to this blog except by me doing a short post on it.

It amused me greatly to be honest; this blog now has a new look.

Much superior to the old one I reckon so if I might make a suggestion why don’t youse all go and have a squiz at it.

Lots to do on this site as well, in fact I found all manner of things on it.

It seems they have as much fun in Kentucky as we do here in Queensland.

Labels: falls off the rocker Jason

John is an Australian country singer some might liken his songs to folk songs and I would not argue with that.

I think he is good personally; my musical tastes are diverse and I like serious music as well as heavy rock, pop, many country and western singers Johnny Cash was a favourite of mine still is I guess.

Bruce Springsteen is another favourite of mine and yes, I know they are a bit long in the tooth now.

Thankfully not as old as some that a few of my e-mail friends send me, most of the time I just delete them I believe in the future and not the past.

John Williamson is definitely a true blue, as you will see by these videos courtesy of You Tube.

The last one Waltzing Matilda is not our National Anthem either and for years it was forbidden to play or sing it at Rugby test matches but we now do, I guess its our answer to the New Zealand Haka!! However, I digress so please watch and enjoy these Videos, first up is true blue then old man Emu and finally Waltzing Matilda

It could not have happened to a nicer bloke it is just a shame it never happened some time ago. 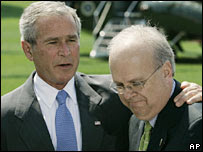 I love the B/S picture of the pair of them

I read it on the BBC thanks BBC you made my day and most likely quite a few friends of ours in the USA.

All I have to say is read the report on the BBC regarding this.

One gone and the main one still to go you know the one that is responsible for the secret CIA prisons.

Remember the famous saying, “the buck stops here” it wont be long and It will have stopped good riddance to all conservative parties everywhere

Why not he is a member of the US Coastguard team aboard a US Coastguard ship which is headed to the Arctic to map the sea floor off Alaska an American state BUT Russia Denmark and Canada are asserting their claims in the region which of course has potential oil and natural gas reserves.

The thing is they are denying flag dropping such crap; they would I guess the USA does not like being usurped.

It might look legit but under it, all is the certain worry that Russia, Canada and Denmark may have something to say about this.

In the past, the USA has helped immensely especially in world war’s one and two but the role of the world’s police has not helped their image.

It is far too late for George Bush to go out like a lion with petty tactics like this.

He is without a shadow of doubt the American peoples worst ever president; I cannot even liken him to our own incumbent Prime Minister and he is a bloody ratbag in my opinion. What that makes Georgie boy is anyone’s guess

However, remember Russia, Denmark and Canada this is being done with him and the USA in mind.

A good thing would be for these three countries who have laid claims in this arctic region are to gang up on George and his icebreakers forthwith.

Thank heaven the man clears off next year most of the world are absolutely sick of him and his dastardly politics.

Its a sad thing when folk ordinary folk in the USA are charged horrendous fees for medical etc and the head honcho is responsible for yet more irrational behaviour.

If you do not have money in the United States, you go under simple as that and their government is elected in the same way.

What is more the ordinary citizens do not vote their new President in either it is all done with an electoral roll.

I for one hope the bloody icebreaker breaks down and has to ask for assistance.

I hope they have to ask their neighbours CANADA for help.

It is not right that the average American should have to withstand the worst of the C in C’s errors.

I hope that the USA will God willing regain its self-esteem. All this is due to the Republican Party and their policies.

Labels: the scoffing scientist and Bush

We have had a conservative government for many years now it is about time Australia had a change in my opinion.

He certainly does not look confident does he and the mere thought that the treasurer Peter Costello might take the reigns of the federal government has most people worried if they are honest of course; quite a few are not honest. 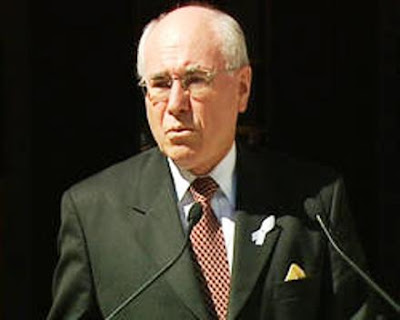 The swing by the way is not due only to labor voters but conservative ones as well this to me signifies his own mob is sick of his style of government.

I know I am, the bonus of 500 bucks whilst welcomed by me will not sway my decision one iota when it comes to polling day.

One only has to look at Costello in the Parliament he looks like a smirking schoolchild who has farted why the public has put up with this jerk is beyond me.

Frankly yes, I want Johnny come lately to make history; this country was built on blood sweat and tears and does not need conservatism to take it away from the working person.

It will also make history in another way as then a duly elected Australian labor party, which I do not think has ever happened, will run all governments of this great country.

At least we make our vote count here not like the UK or the USA, as we are obliged by law to vote thereby ensuring at least a 95% turnout at the polls.

I write to folk from the UK and most of them although arguing politics rarely turn out to vote.