Violent storms and Tornados in Australia 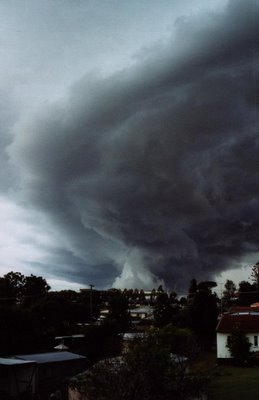 Not a myth and it seems we get them a lot especially in South East Queensland; we may not call them that as we have our own words like willy nilly I can see you laughing, You folk in the Northern Hemisphere BTW. but it seems we get more than the United States from what I read and that's dinkum. More deaths are caused in the USA as there are more people living there so I guess their's gets reported more than ours. the photo is courtesy of of this guy's website; It seems he is a stormchaser This I can understand of course and I know the ferocity of the Hurricanes that hit the States recently was horrific. I was prompted to post this after reading about the terrible weather that Melbourne is undergoing at the moment; It seems 30 odd millimetres was dumped on the city in less than an hour which is 13.1496063 inches. when I have told some folk in the UK this I was met with the usual cry of what a load of Bull etc. I recall a particular day on the North coast of New South Wales when 25 inches was recorded and that is not an unusual thing to happen either. 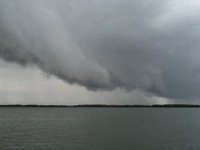 I must admit we are used to it but then I guess the folk in the USA are as well. I am wondering if the time will ever come when science will be able to control the weather like one reads in Sci Fi books? If so I do wish they would get a hurry up on this and I'm sure Sailors would be relieved. It seems the US Government is working on it but only to create further havoc, Then I read this But I am not assured after reading it ; As I noticed war was prominent; What's new there? Food for thought World!! We will in the end have to get rid of these loonies I think, and get some scientists who will make a genuine effort to reduce this bad weather along with other urgent problems such as sickness and hunger. Comments are most welcome if genuine.